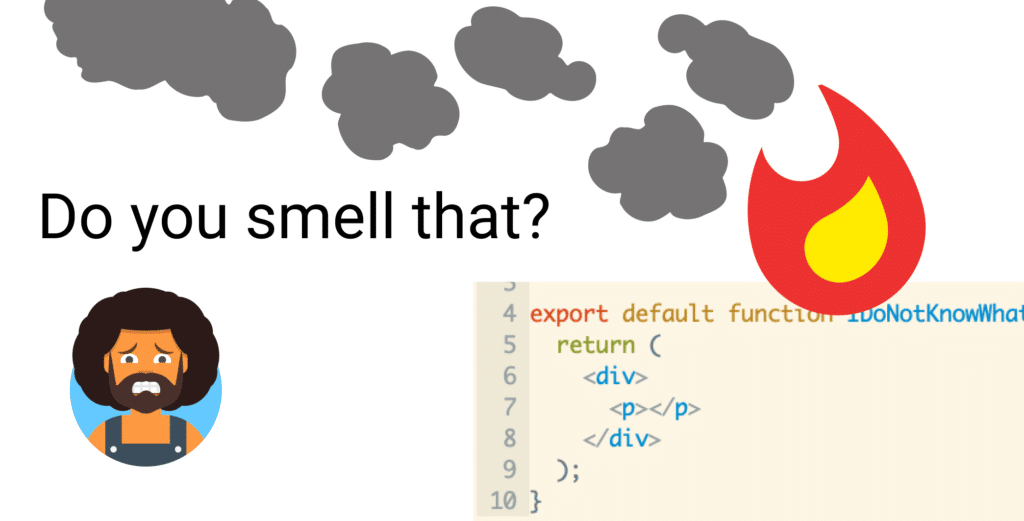 Dan is the founder of Tellspin, an on-call scheduler in Slack for DevOps and developers (https://tellspin.app). Helping workspaces reduce their contact footprint, resolve incidents faster, and regain deep focus.

Code smell is a way to describe code that hasn’t aged well and has the potential for a lot of issues.

It usually is the source of a lot of hot fixes or workarounds keeping it functional. My most common reflex is to rewrite it. However, if I’m not careful, I’ll waste an entire day and not improve anything.

After a decade of programming, here are my 7 steps to reduce code smell gradually.

Step 0: Admit there is a problem

I start to recognize my code is smelly when I start saying things like “that time only took an hour.”

I’m usually doing something simple, like adding another field to a form or another schedule for a customer. I quickly add in code because it feels like the easiest thing to do and ship the feature. There are so many other things on my plate, I don’t have time for this, I’ll say to myself.

By the 5th or 6th hour I’ve hacked the same spot, I realize, had I rewritten it sooner, I would have actually saved time.

Smelly code is so disorganized.

Is it really smelly or do I just not understand it? It’s very tempting to always default to a rewrite. If I write all the code, I’ll understand it. But who is to say the next person who looks at it will?

Similar to profiling code to identify the slowest spot, I work to identify the place that smells the most. Are there sections of the code that new devs are always struggling with? Are there frequent small changes that require touching lots of different files or methods?

Creating a list of smelly code helps identify which sections of code need the most attention.

With a stack of dishes, I’ll plug my nose until I dispose of the rotting food that’s causing the stink. It was easy to blame the whole pile, but for the most part, all of the other dishes are fairly clean. They don’t need immediate attention. The rotting smell came from something I forgot to clean off when I was in a hurry.

When there is a piece of code that’s really rotten, it’s often hidden somewhere in the pile. Maybe an abstraction went too far, spreading a hundred lines of code across dozens of files. 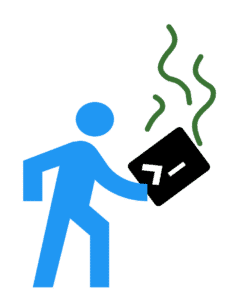 I keep in mind that I need to fix the worst smell; most of the other code is good enough and doesn’t need my immediate attention.

Step 3: Resist the urge to do everything

Perhaps the hardest part of improving a code base is scoping it to one thing. It’s so liberating to finally get a chance to clean up, that I can easily take it too far. I’ll think, “While I’m at it, I might as well clean up this… oh! and that other thing needs fixing too.”

Resist! Do not do everything.

If I try to tackle everything, I’m not going to finish. Even more likely, it’s not going to pass code review. It’s better to do one piece at a time - ya know, like eating an elephant.

Inevitably, in the process of rewriting, I discover why the code was written that way in the first place. I might even stumble across a can of worms. At that point, I realize my not-so-dimwitted co-worker wasn’t as dumb as I thought (or even more likely, I discover I was the one who wrote the code originally 🤦‍♂️).

After learning all the edge cases, I’ll be tempted to walk away.

Step 5: Don’t immediately give up

Smelly code is messy to work with.

I’m frustrated imagining how far away the current code is from a better solution. I’ve got the code in my head, I know the edge cases, and I’ve got the context. It’s important not to give up as the solution may be right around the corner. 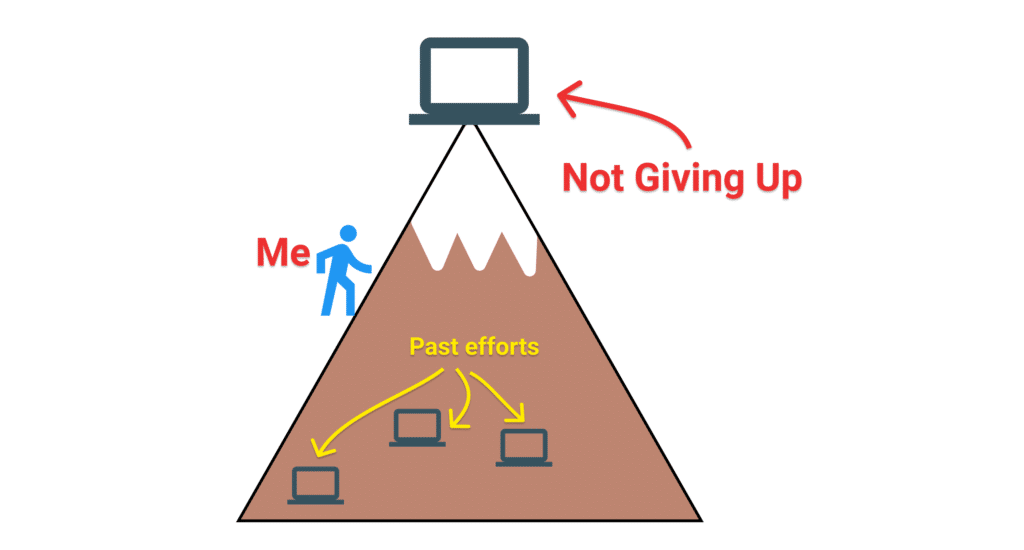 I keep thinking about it while I go for a walk. Maybe even take a break. Solutions often come to me while I’m on walks or in the shower.

Step 6: Use the co-worker bobblehead

I steal my co-worker’s bobblehead and explain aloud what I’m doing. In the process, I figure out what I've missed or overlooked.

If a bobble head isn’t available, I resort to using my actual co-workers. (I’m checking my assumptions by walking them through what I’m thinking step by step.)

Step 7: Publish or throw in the towel

At the end of my steps I have a complete solution or I’m banging my head on the keyboard. If it’s the first, I push the change and take a breath of fresh air. If it’s the second, I commit it to a branch and plan to revisit another day. Sometimes we can’t have nice things.

The depth I go into each step changes based on complexity or how critical the code is. Sometimes I can run through each of the steps in a few minutes, other times it’s spread out over a few weeks. It really depends on what I’m working on.

Running through these steps helps me gradually improve my code. There’s nothing better than finally getting a fix for some smelly code merged and into production. Sometimes we can have nice things.

Dan Willoughby is the founder of Tellspin, an on-call scheduler in Slack for DevOps and developers (https://tellspin.app). Helping workspaces reduce their contact footprint, resolve incidents faster, and regain deep focus. Pretty much everyone does code reviews. They’ve been around a long time. I remember back in my Borland days when the Chief Scientist would come in every morning and review all the code that had been checked into the Subversion(!) repository the previous day and send emails out to folks whose code wasn’t up to snuff. That’s old school.

Slightly less old school? Saving all the check-ins up until Friday for the Dev Leads and/or Dev Managers to review and approve. Both of these techniques leave a lot to be desired -- the main thing being a complete lack of interaction between the developer, the code, and the reviewer.

Code Reviews have a number of purposes. Probably the most important one is preserving the quality and integrity of the code in the repository. Even the two old-school ways above do that.

But almost as important is the learning opportunity that code reviews can provide. If the only feedback a developer gets from a code review is mistakes in formatting or other trivial things like that, then nobody learns and gets better. The old school ways above provide for few opportunities for a developer to increase their skills.

To provide learning opportunities, code reviews evolved into meetings where everyone looked at the code written that week and commented on it, criticized it, or otherwise ran it through the gauntlet. This did provide a learning opportunity for developers, but it took more time, as it was 100% synchronous and required all code to wait for the next scheduled meeting to be reviewed. 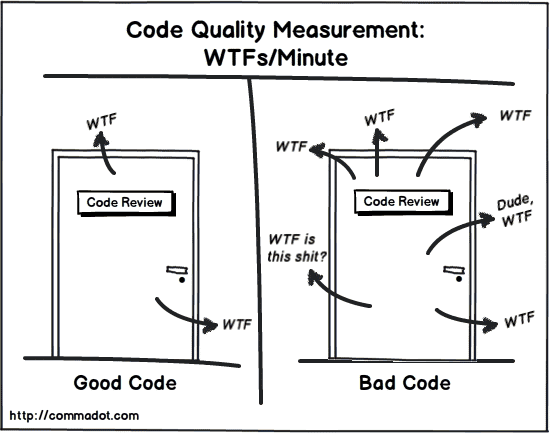 Now, almost no one is doing these old-school code reviews anymore. All the cool kids are doing pull requests. (Some folks call them “merge requests.”)  Pull requests have a number of advantages over the previously mentioned methods, including:

Should you do code reviews at all?

Interestingly, some say no, you shouldn’t.

Not only is Jessica Kerr a great speaker and a good Twitter follow, but she also has some interesting ideas about code reviews in her article of March 27 entitled "Those pesky pull request reviews." In fact, she doesn’t like pull requests, and argues that you should sidestep them by just working on a given task as a team, so that everyone sees everything as the work gets done. 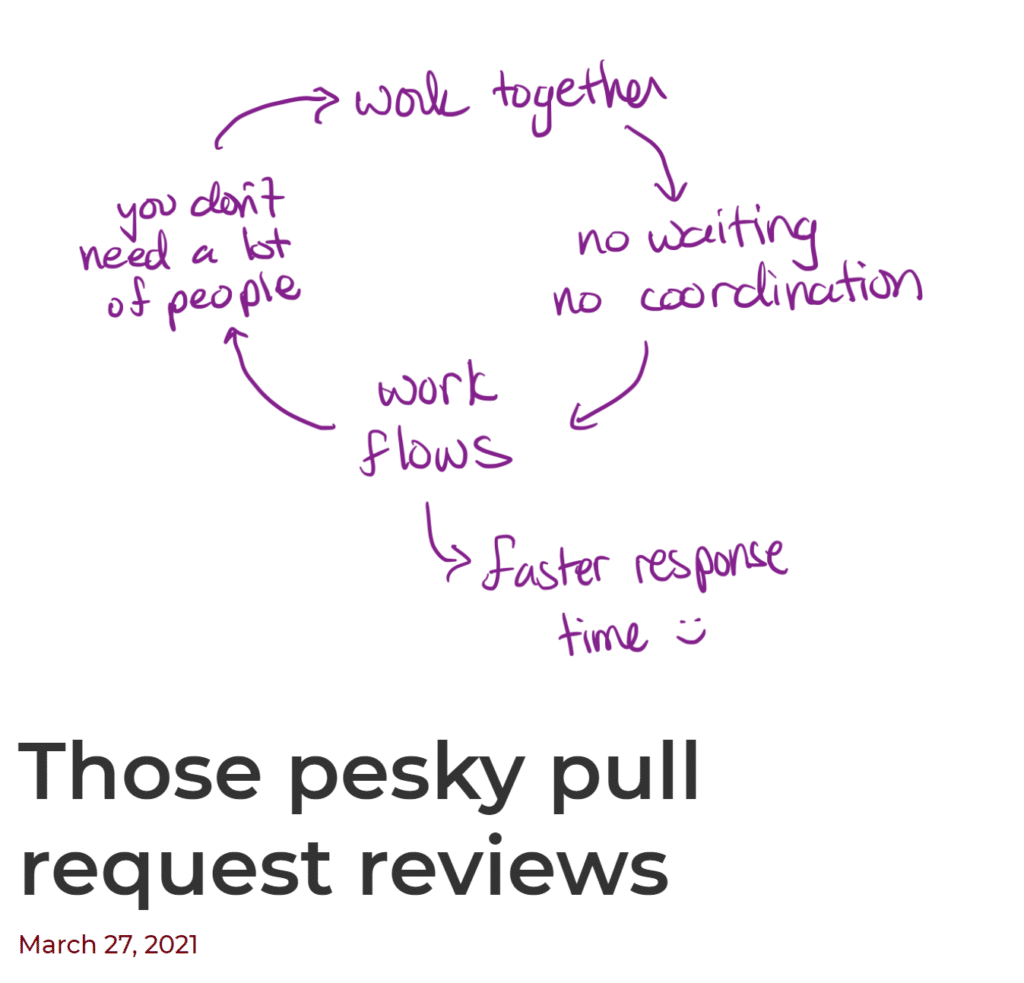 She believes that pull requests work great for open source projects where a “team” is really a set of individuals coordinating work together. For true development teams, she believes that if a team all works together on a single task, everyone learns and understands the code, and thus there is no task switching between coding and doing pull requests because the pull requests are unnecessary.

Jessica’s idea is radical -- basically going beyond Pair Programming and moving into mob programming. Mob programming is the idea of having whole teams work together on projects in serial rather than individually in parallel. Mob programming can eliminate the need for pull requests by causing all of the communication and learning to take place during the coding phase, without any review.

I’m having a hard time agreeing with her idea for a couple of reasons:

As part of a discussion about code reviews, Rob Kraft, one of the Development Leaders in our vibrant Dev Interrupted Discord Server (you should join!) made the following comment that I agree with:

I think that what Jessica needs is a good look at LinearB.  🙂

Let me address some of her more specific objections:

Okay -- so what rubber is hitting the road here?

If pull requests and code reviews are hard and people don’t want to do them, then you are doing them wrong. So the trick is to make them easy to do.

Monitoring things like the size of pull requests, when pull requests are assigned, picked up, and commented on, as well as monitoring the depth of reviews that take place all create an environment of small, discrete, easy to review pull requests.

And of course, if you want to find out more about what our customers already know, you can book a free demo of LinearB.

In the end, while her ideas are intriguing and thought-provoking,  I can’t say I agree with Jessica’s argument. There doesn’t seem to be any good reason not to do pull requests with code reviews.